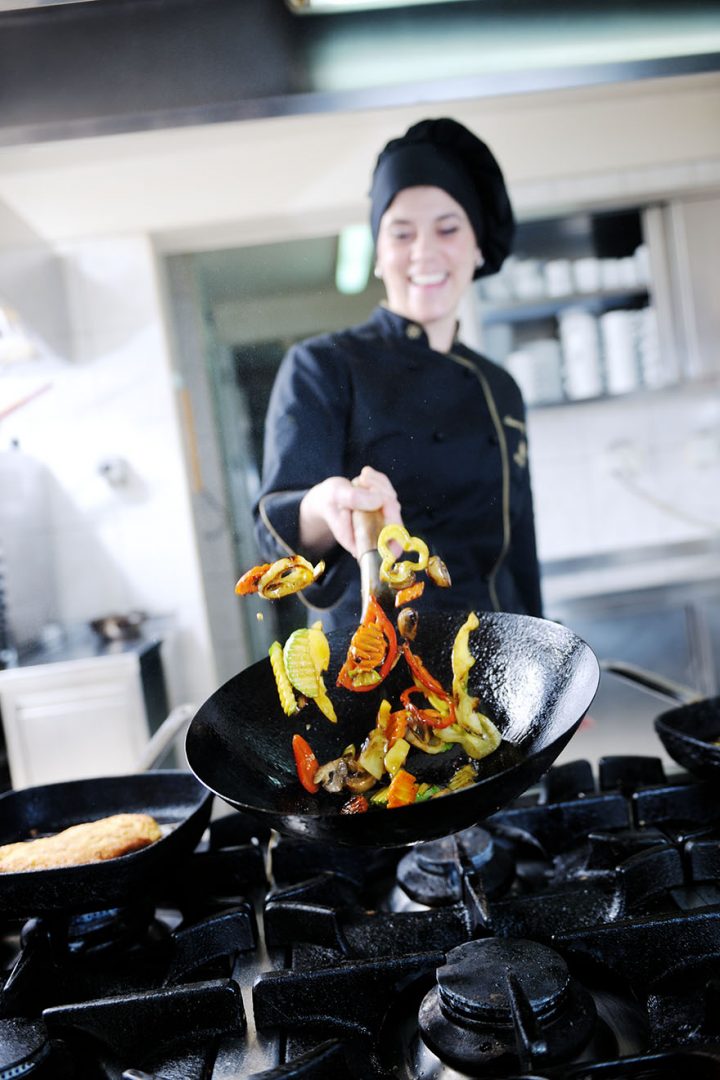 Are cooking and baking different?

For ordinary persons cooking and baking may look like two sides of the same coin. Though they have many similarities like the requirements of edible ingredients, requirement of skill on the part of the cook, involvement of activities like cutting, chopping, stirring, mixing etc there are subtle differences also.

Cooking is an art of preparing food with or without the use of heat. Grilling food over direct fire with the help of electric stove, baking in ovens are some of the most common forms of cooking. The types of cooking are very much dependent on the skill and training of the cooks. Cooking is also carried out without heat using chemical reactions. Ceviche is an example in which some acids are used with lemon for making the raw fish a tasty dish..

Baking is a cooking method that uses prolonged dry heat produced in an oven. It is also carried out in hot ashes and hot stones. Bread is the most common food item known to all people.  In this type of cooking heat is transferred from surface of the product to the center.  As heat travels the batters and dough are converted into baked foods which have firm crusts and soft centers.  Baking combined with grilling can produce hybrid barbecue which is becoming very popular these days.

But baking has to be considered as a special type of cooking using an oven.  There are other baked items also. Examples are ham, cookies, pies, lasagna etc. Baking is a  form of cooking where dry heat is made use of.  It is usually meant for flour based foods cooked in ovens. Leavening like yeast water milk, etc are involved in baking and most often milk, eggs and water are added for flavoring.

Cooking is more like an art whereas baking can be considered as a science. Ordinary people will normally think that good cooks will be good bakers and vice versa. But experience has shown that it is not so. Good cooks often say that they are not good at baking and good bakers do not boast about their caliber in baking

The difference between cooking and baking can be very clearly understood by reading their respective recipes. Cooking is open to improvisation as seen from the usages like ‘ handful of cut almonds’, ‘occasional stirring’ etc. On the other hand baking uses specific statements like ‘a cup of milk’, ‘one table spoon of while flour’ etc.  Cooking allows substitution, but no substitution is allowable in baking. In cooking you can go for garlic if you are short of shallots. But in baking you cannot go for baking soda, if you are short of baking powder.